I am interested in depicting this that may be overlooked or misrepresented. I have chosen to paint the two portraits of apes that I have known: a chimpanzee call Pansy and an Orangutan named Saleh. Having worked with primates, I have seen that in particular apes are distinct individuals with characteristics much like we see in humans: intelligent, jealous, motherly, brash, kind, macho, gentle, not quite so clever, timid, humorous, serious, lighthearted and many other traits and combinations that make a complex individual. So often apes are depicted as the buffoon and as all the same, I know this not to be true, and every loss of an ape is the loss of a personality never to be repeated.

I have painted Pansy and Saleh in poses much like you see traditional human portraits, to give them the same gravitas and respect.
Saleh was in captivity in London Zoo and sadly, died, in the early 1990’s however Pansy was rescued from the Bushmeat trade in Nigeria as a baby, and now lives in a forest enclosure with other chimpanzees, living as natural life is as possible given that there is no auditable safe place for the chimp family to be released. 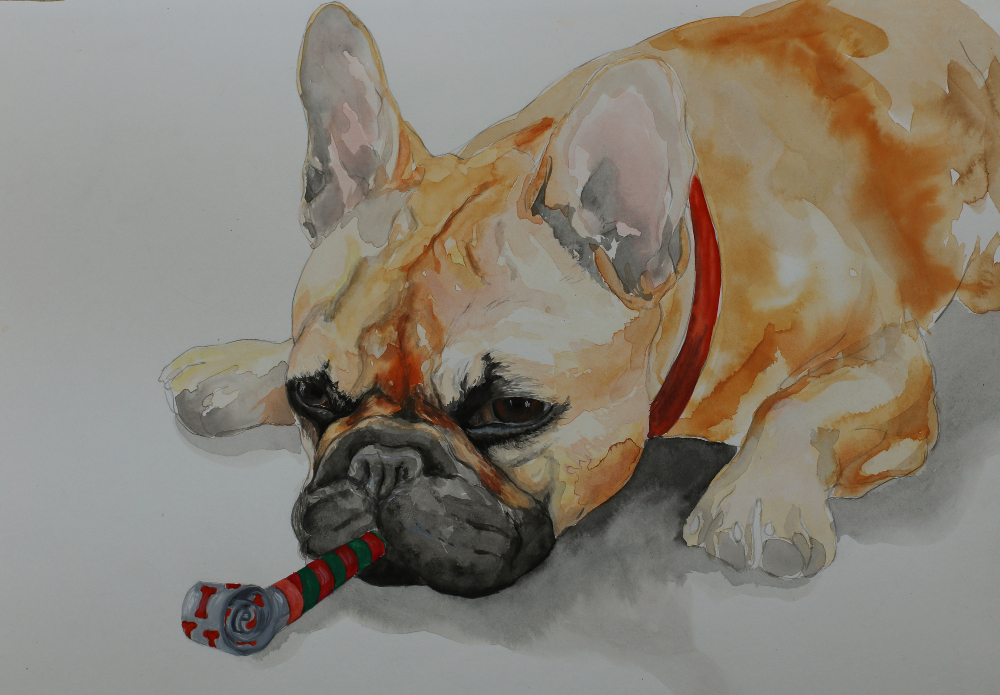 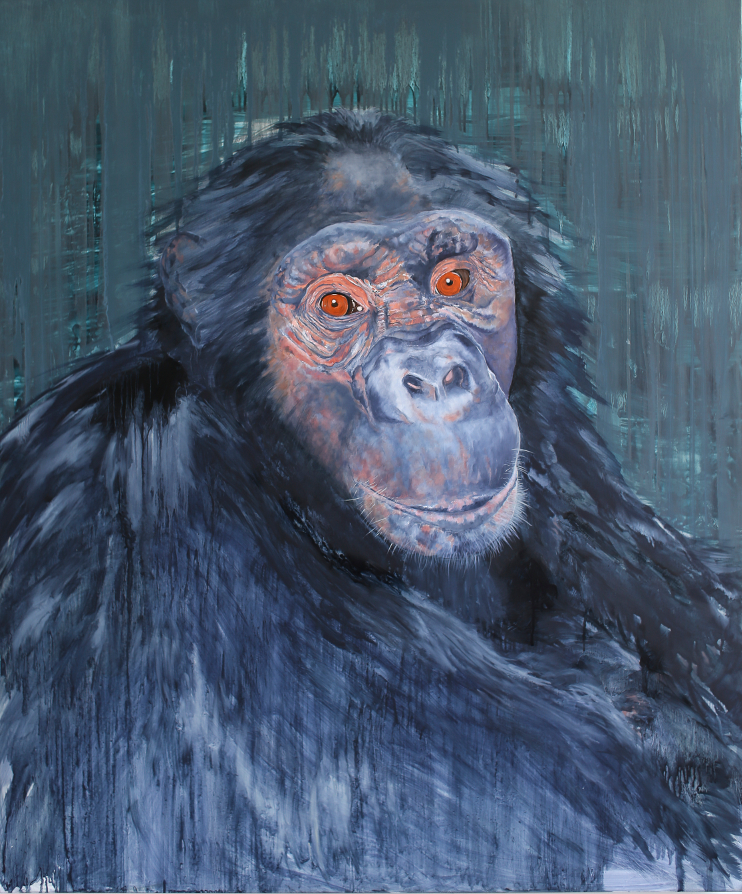 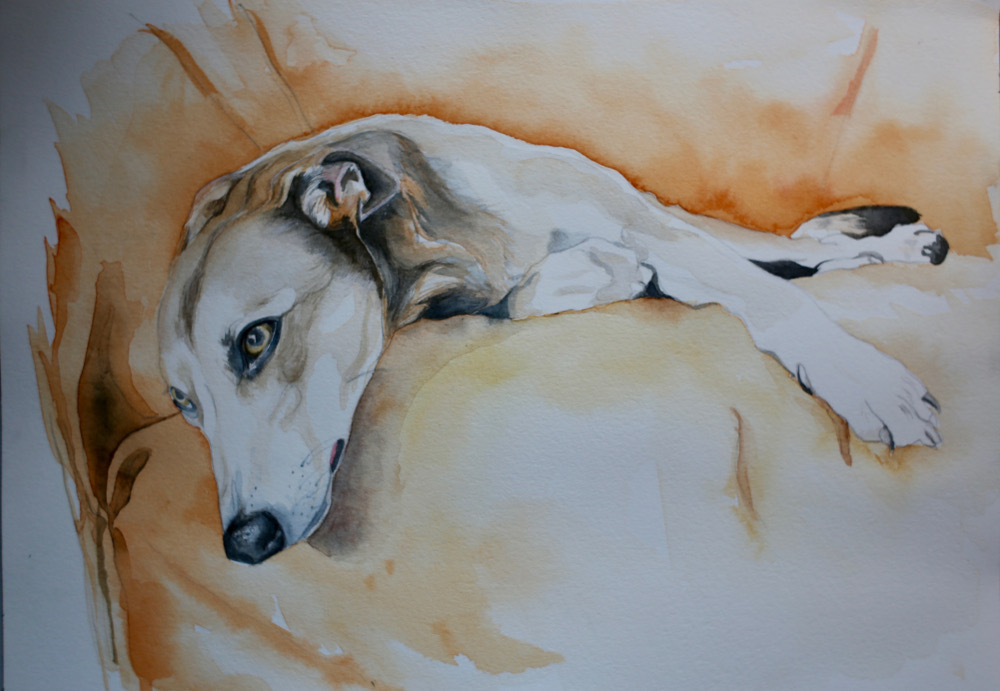 The dog portraits I like to undertake for my own amusement (the French Bulldog Delilah is mine) and for friends or for those who would like a portrait of their dog.